Numerous stage sets have been designed by MGD not only for theatre, but in stadiums and numerous theatrical productions around the country.

MGD works extensively in the corporate environment, designing staging for conferences, road shows and launches for a broad spectrum of industries. 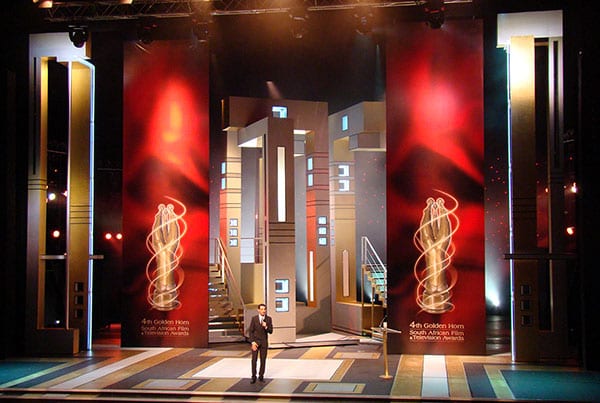 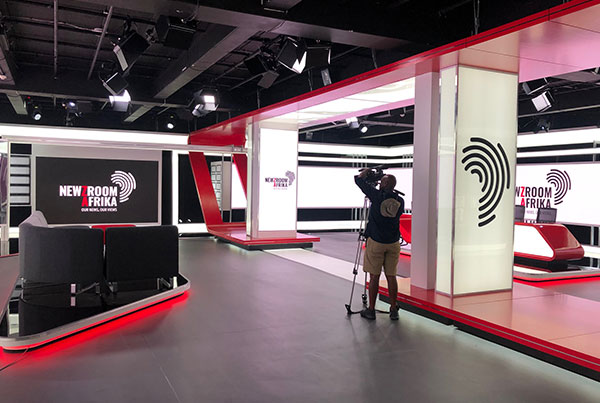 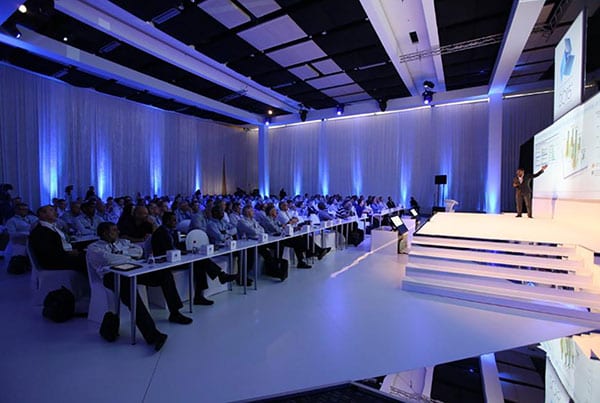 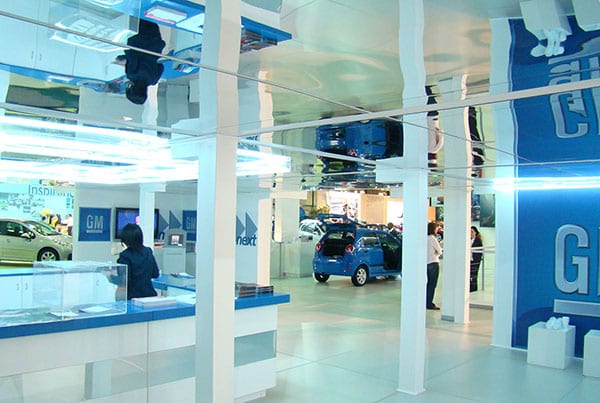 If you have a TV, attend corporate functions, visit exhibitions or enjoy live theatre spectaculars, chances are that you’ve had the pleasure of viewing productions or exhibitions staged on unique, original Michael Gill sets.

The company’s highly successful reputation is built on the architectural principles of shaping physical environments through dramatic design and creating production value through visual aesthetics.

From musical stadium spectaculars to national lottery shows; from the launch of eTV, to the studio design for their 24-hour e-News channel; and from weekly TV shows to International Motor Exhibitions, Michael Gill Designs pride themselves on setting the standard for quality and design excellence.

Thank you for the endless drawings, meetings, calls, re-briefs…. Yesterday was such a drop in the ocean of your abilities, but my word - You made 360 look amazing!

Thank you for the hours, the detail, the support - in every way.

The set you delivered was exquisite in every way and I so appreciate how you always take all my notes and do not rest until you’ve really done your best to make my vision come to life. Thank You Michael, I really appreciate that.

I would like to personally thank you for all you have done to make the visit by President Barack Obama, First Lady Michelle Obama and their children such a tremendous success.

Your talent, dedication and patience during the production is highly appreciated and commands great respect!

Words fail us - you are truly the most amazing team of people to work with - not only did you add an element of entertainment to this very long and hectic process - but you made our "hole” into a "castle".

Your partnership has been invaluable to 360 Degrees Production House. The design & desired outcome on this project was phenomenal. It presented some extra ordinary challenges, and I really wanted to express how valuable your dedication & perseverance for excellence, was to our business.

Winning the Award for the overall best Commercial Vehicle Stand can be directly attributed to your organisation’s involvement. The success of the event was the result of hard work from all members of the team and I would like to thank you and your team members for your professional input and participation and I hope to be able to source your excellent services again in the near future.

Your talent, dedication and patience during this production are highly appreciated and commands great respect!

Michael, as always your sets were beautiful, functional, in and up on time and blew everyone away.

Thank you for giving so much passion and enthusiasm to this project. Your delivery was way beyond our expectations.

Wow! What an awesome and professional job you have done... I hope our paths keep crossing.

We would like to thank you for your contribution in making the launch of "Siyakhula: The Old Mutual Way” such a success. The feedback that we have received from our staff members countrywide has been overwhelmingly positive - Old Mutual will never be the same again! It was a privilege for us to be part of such a professional and dedicated team.

It’s all over and a great success the 3 Tenors was, we would like to try and express in words our gratitude for the tremendous dedication and professionalism you and your team showed in putting the program together.