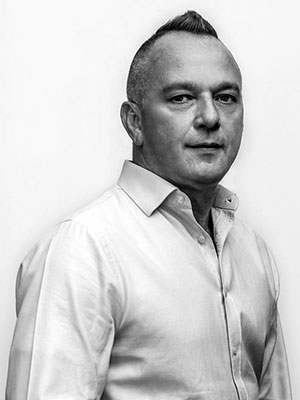 South African born designer, Michael Gill, studied Architecture at the University of Port Elizabeth. He was a specialist Production Designer for the South African Broadcasting Corporation for more than 10 years, before founding Michael Gill Designs in 1997. During his tenure at the SABC, he won two prestigious Artes Awards for excellence in design.

Since founding the company 20 years ago, Michael Gill has received countless awards for exceptional quality and design, notably in the highly competitive arenas of television and exhibitions, where competing companies and brands vie for attention.